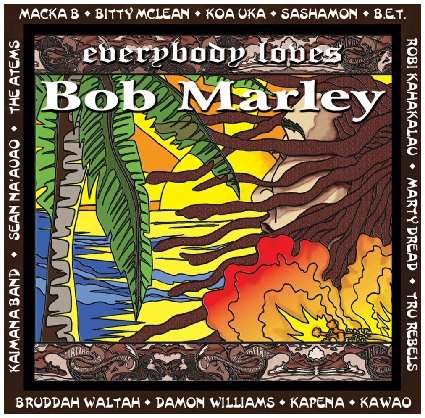 Everybody Loves Bob Marley! One of the most important artists of the 20th Century, Bob Marley's popularity has grown exponentially since his passing more than 25 years ago. His music continues to reign supreme in the hearts of reggae music fans around  the world. "Everybody Loves Bob Marley" is a celebration of popular Bob Marley songs (and a tribute by Macka B.) performed by artists from Hawaii, Jamaica, Tahiti and the United Kingdom, island communities which have thoroughly embraced Bob Marley music.

“Bob,” a dedication to Bob Marley by Macka B., “Jamming,” by B.E.T., “One Drop,” by Bitty McLean, “Waiting In Vain,” by Norm, “Could You Be Loved,” by Koauka, “Do It Twice,” by Robi Kahakalau,  “Keep On Moving,” by Damon Williams, “No Woman No Cry” by Bruddah Waltah, “Three Little Birds,” by The Kaimana Band, “Night Shift” by Kapena, “Misty Morning,” by Kawao, “Roots Rock Reggae,” by Marty Dread featuring Andre Derizans, “One Love Medley,” by Carole & Florent Atem, “So Much Trouble In The World,”by Baba B.,

“Coming In From The Cold,” by Sean Na'auao, “Positive Vibration,” by Sashamon.

If you are a Bob Marley fan then you are sure to enjoy this collection of great Bob Marley songs.

Bob by Macka B 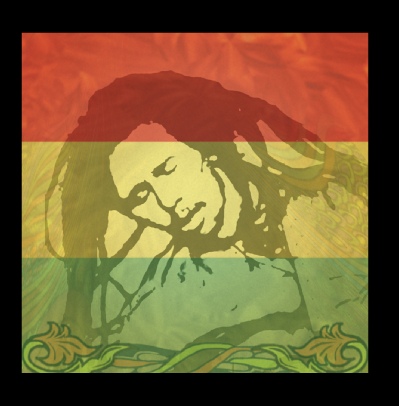 5 Could You Be Loved

8 No Woman No Cry

14 So Much Trouble In The World

16 Coming In From The Cold