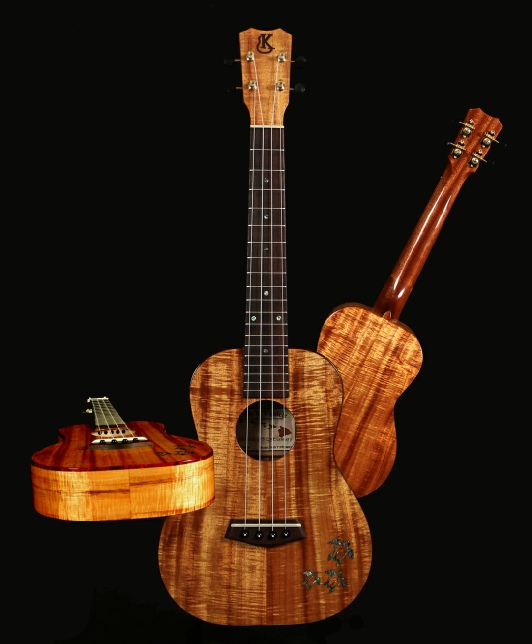 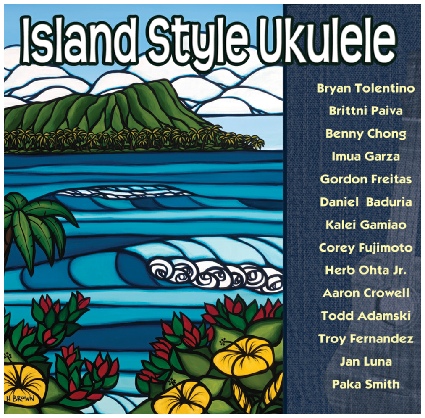 “Island Style Ukulele,” from Neos Productions, is an instrumental compilation of 14 newly recorded island favorites by popular ukulele artists. Known as “the people’s instrument” and “the heart of Hawaii” the ukulele has played an important role in the everyday lives of Hawaiian Islanders since its introduction by Portuguese immigrants in the late eighteenth century.

Benny Chong is among only a handful of musicians in the world who specialize in jazz ukulele. Known for his widespread left hand fingerings, Benny Chong taught himself to play the 'ukulele when he was a pre-teen, played for about 10 years and then put the instrument away to play guitar for thirty five years. After an illustrious career as a guitarist which included performing with Don Ho as a member of the infamous Ali’is, Benny Chong  returned to the ukulele where his innovative techniques and sophisticated style reached new heights. Bryon Yasui, Professor of Music at the University of Hawaii and a master of ukulele in his own right said it best,  “Thanks to Benny Chong, this humble instrument of folk origin will be taken a little more seriously from now on, and ukulele playing will never be the same.” Benny Chong performed, “E Ku u Morning Dew” on a custom Ko olau ukulele.

Ukulele virtuoso Herb Ohta Jr. is one of the leading ukulele players of his generation.  A Na Hoku Hanohano winner known for his incredibly pristine technique and an ability to express emotion through his ukulele, it’s not unusual to see tears of joy in the eyes of Herb’s captivated audience. Herb Ohta Jr. performed “White Sandy Beach” on a Herb Ohta Jr. KoAloha Tenor.

Hawaii is blessed with a plethora of talent! Among the most notable in today’s Hawaiian music are popular ukulele artists which have elevated the tiny ukulele into the mighty uke:

Kalei Gamiao’s contemporary-classical style has its roots in his studies under extraordinary Hawaii musicians Gordon Mark, Byron Yasui, Benny Chong, and Kimo Hussey. Growing up playing the ukulele, this popular ukulele artist believes his talent is a gift which breaks down barriers, something he has experienced time and time again as he performs in countries like Thailand where people of all faiths join together to play their ukuleles. Kalei, who describes the ukulele as”…the one thing that brings us all together,” performed “I’ll Remember You” on a custom Kalei Gamiao Kamaka ukulele.

Troy Fernandez his standing as "the Eddie Van Halen of the ukulele.” Credited with inspiring an entire generation of ukulele players, Troy Fernandez mesmerizing musicianship is solidly on the forefront of contemporary Hawaiian music. Troy Fernandez performed “Take Me Home Country Roads” on a custom Sonny D tenor ukulele.

Imua Garza is a master musician whose talents extend beyond the ukulele to the piano, guitar, violin, and electric bass. Imua made his recording debut at the age of 11 as one of Hawaii’s most promising ukulele players and hasn’t stopped to take a breath since. In addition to performing on over a dozen album projects, Imua Garza is an accomplished producer, recording studio engineer and musical arranger. Imua Garza performed “Waika” on an Applause UAE-148 acoustic/electric tenor.

Bryan Tolentino, a virtuoso whose passion for the ukulele earned him the reputation for “playing magic,” has been passionate about the ukulele since the age of 10. One of Hawaii’s most popular ukulele artists, Bryan’s early influences were the musical groups, “The Son’s of Hawaii” and “The Sunday Manoa.” Having performed at the finest venues such as New York City’s Carnegie Hall, his journey with the ukulele has been nothing short of phenomenal. Bryan performed the breezy “Puamana” on a custom Kamaka ukulele.

Daniel Baduria, son of ukulele master Donald Baduria, does his father proud on “Lullaby for a Rainy Night,” which he performed on his G-String Tenor.”  A multi-talented musician in his own right, in high demand for live performances and studio work, Daniel performed both ukulele and bass on this expressive track.

Popular ukulele artist and up-and-comer Corey Fujimoto’s  passion for the ukulele inspired him to create ukulele demos and tutorials on You Tube, which has helped him develop a solid following. His version of the Loggins and Messina’s “Lahaina,” performed on a Pono ukulele, captures the essence of this pop classic.

Paka Smith has a unique flamenco-like style which has singled him out as “the one and only” ukulele player in the islands who can make his ukulele dance. His pick for the compilation, “Kanaka Wai Wai,” a sweet expression of this gentle musician’s soft heart and super fast fingers, was performed on an. 8 string T & K Ceniza.

Brittni Paiva immediately connected with the ukulele at the age of 11  when her grandfather first presented one to her. Although she would also become proficient with guitar and bass the ukulele became the heart of her musical journey. Her repertoire encompasses many genres and appeals to a wide range of audiences. Brittni Paiva once said, “I want the strings to be my voice and portray as much feeling as a singer would.”  The recipient of both a Na Hoku Hanohano and Hawaii Music Award, Brittni Paiva is known for her creativity, dexterity and strength. Brittni Paiva performed “Kawika” on a custom KoAloha  with a Fishman prefix pro-blend pickup.

FREE DOWNLOAD
Update RequiredTo play the media you will need to either update your browser to a recent version or update your Flash plugin.