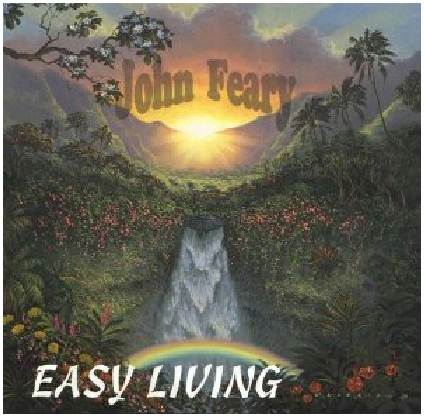 3 Out In The Cold

4 When A Man Loves Woman

6 When I Need You

John Feary grew up listening to rhythm and blues makes it easy to understand why, as a small kid,  his favorite past time was imitating Michael Jackson.

As John got older, and began to develop his own musical tastes, he took up the ukulele and began to sing the songs of Hawaii.  His grandmother, "Kamala,"  a big supporter, taught him a great deal about traditional music. John was encouraged further when he entered "Brown Bags to Stardom," and placed first. His joy was short lived, however, as shortly after high school graduation his "Kamala" passed away, and John's musical interest took a back seat to his great loss.

The birth of his daughter in 1991 provided the inspiration that John needed to get back on track. John's debut release, "Easy Living," what he refers to as his "mixed plate," reflects both his grandmother's influence and John's love for contemporary music.

The title track, "Easy Living," flavored with rap courtesy of  Jamin Wong, celebrates life in a small town. Guy Cruz penned "Out In The Cold," a love song with an upbeat, catchy melody.

John's sense of humor shines through in "Palolo," his rendition of  Loggins and Messina's  "Lahaina."  "Grandma's Song"  is John's tribute to his dearest Kamala.

"Easy Living" is an easy listen for fans of contemporary  Island music.