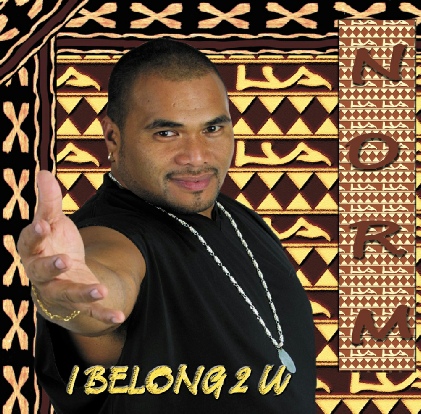 Norm “Bruddah Norm” I Belong 2 U

Norm “Braddah Norm” I Belong 2 U

Norm's sounds are "feel REAL good music" - a splash of island, a dash of urban and lots of reggae - shaken up Bruddah Norm style.

"I Belong 2 U" took the islands by storm with the blockbuster hits "Groove Witcha," and "Lonely," propelling Norm's popularity to new heights and garnering him two Hawaii Music Awards.

Most of the tracks are danceable and upbeat, so you can kick off your next party with "You Make Me Feel Like Dancin," "Jello," and Norm's version of the Untouchable's "What's Gone Wrong?" Head for the dance floor with your honey on "Groove Witcha" and steal her heart with "Lonely."

Cruisin comes to mind with the urban sounds of "Summatime," "Open Up," and "In These Islands," with Sudden Rush and T-man.

"Venus," a "Norm mix" of the Frankie Avalon classic, and "Casanova," is a smooth groove, and the title track is pure love sprinkled with sweet harmonies.